I've quite a lot of photos from old meets which I've been meaning to post for quite a while. In the early days I only took a few snaps for my own interest, so for this first post there's only a few.

Eggfest was the start of the larger meets, when a large room was needed because we couldn't all fit in to someone's lounge. So we used the function room at Eggborough power station, which was a lot larger than anyone's lounge!

Originally conceived by Steve Shiels and Paul Barker IIRC, the theme was boat anchors - proper large, heavy, uncompromising valve amplifiers. I have a vague feeling that this might not have been the first Eggborough meet though.

So here are the photos. My memory is a little hazy on a lot of the details now though - but it was 12 years ago... 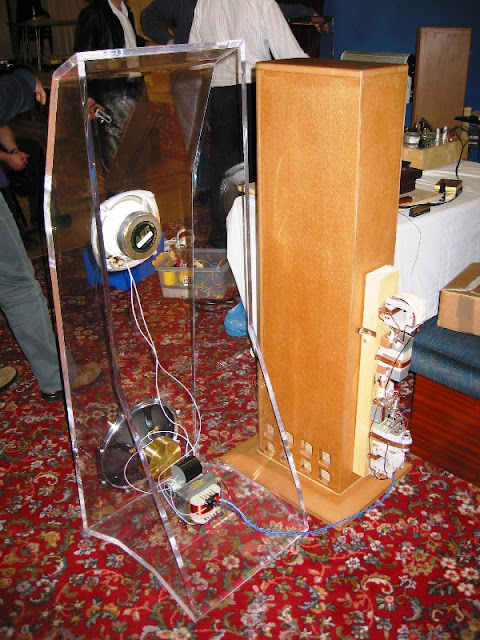 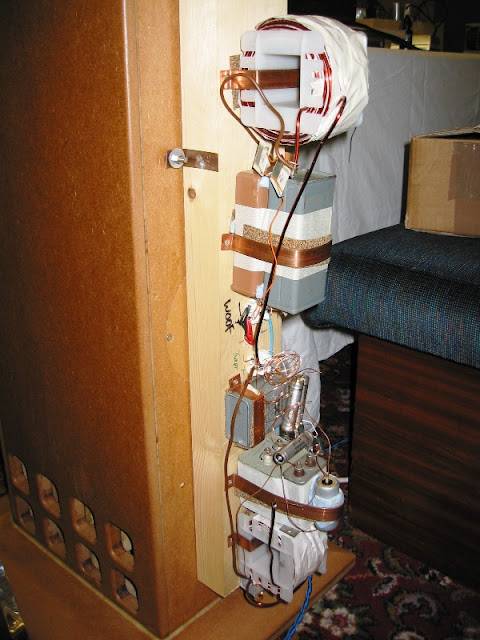 And this is James' crossover 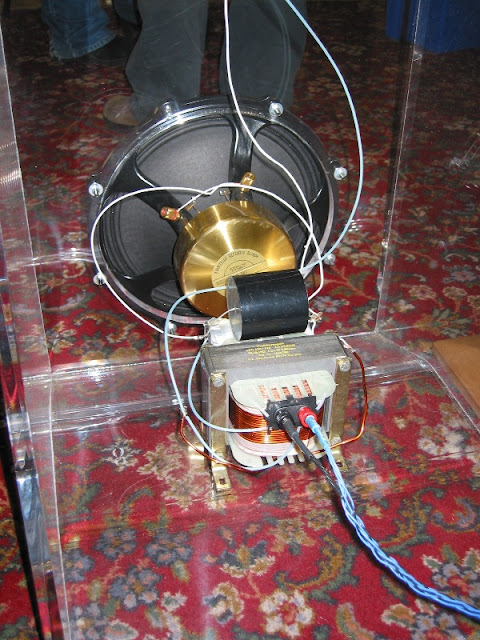 I'm not 100% sure about this one but I think it's the power supply for Nick G's phone stage in the centre and his 211 amp at the back, Paul Barker's 212 amp and driver stage on the floor, and possibly Paul's Systemdek record player? Perhaps it's not a phono stage PS but driver stage PS? 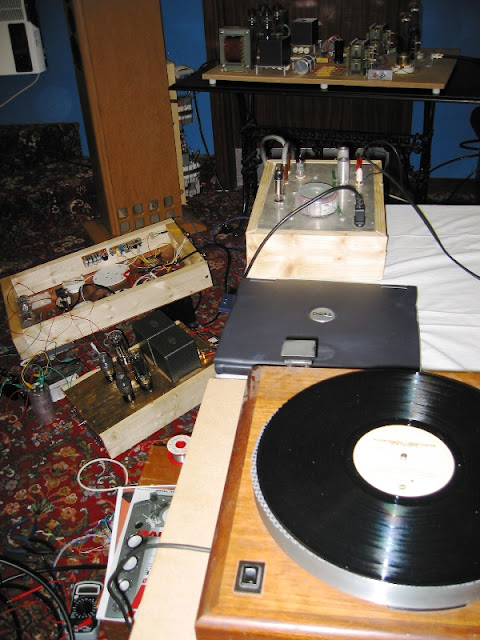 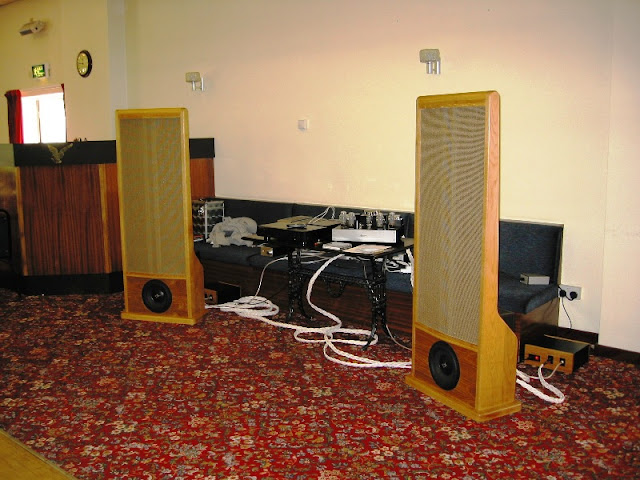 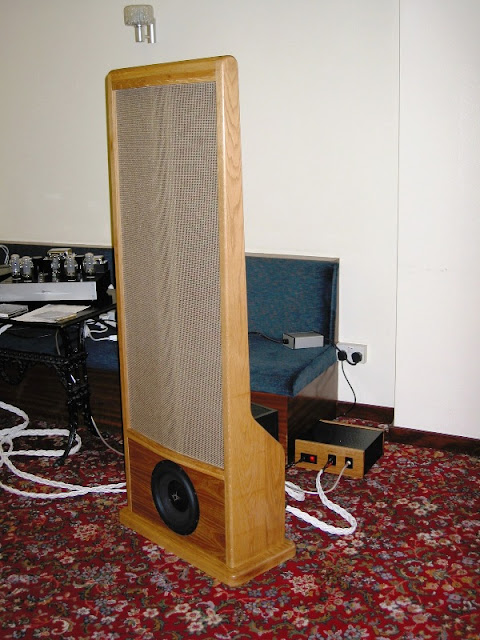 Mark Jeffs' (IslandPink) amps. Struggling with this one - looks like a KR or Emissions Lab output valve. 300B??? James D's portable CD player. 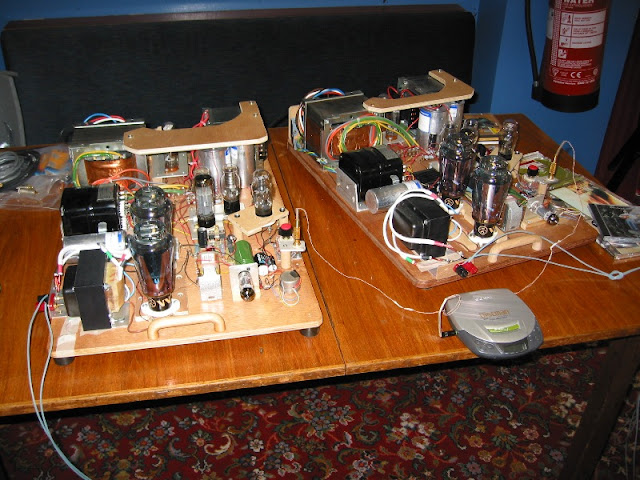 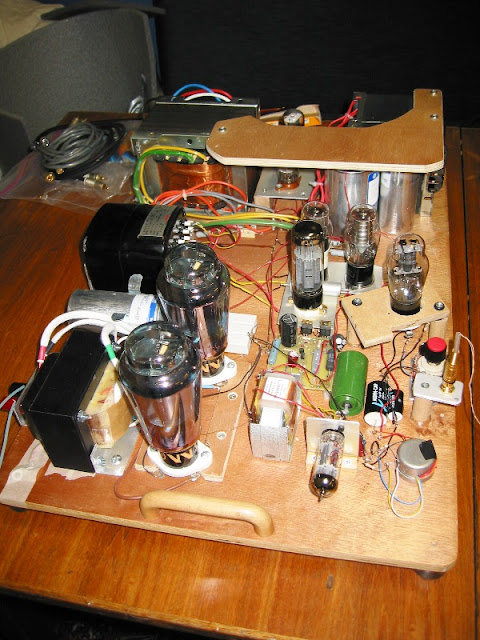 James D's Quasar speakers with AER and Supravox drivers, Mark's amps and I think his phono in the middle 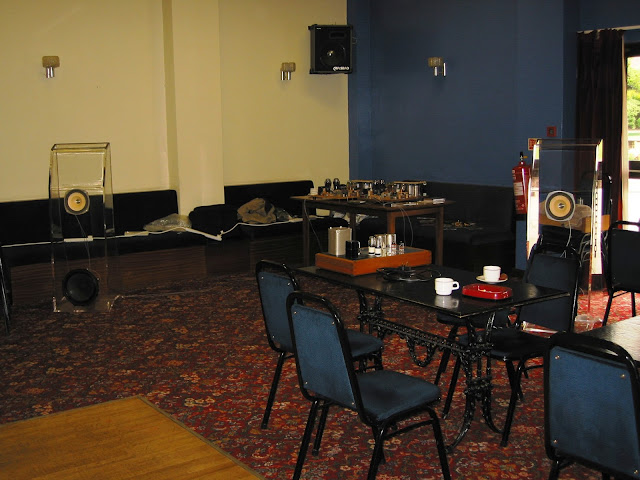 And here is Mark with Tony B in the background, I think 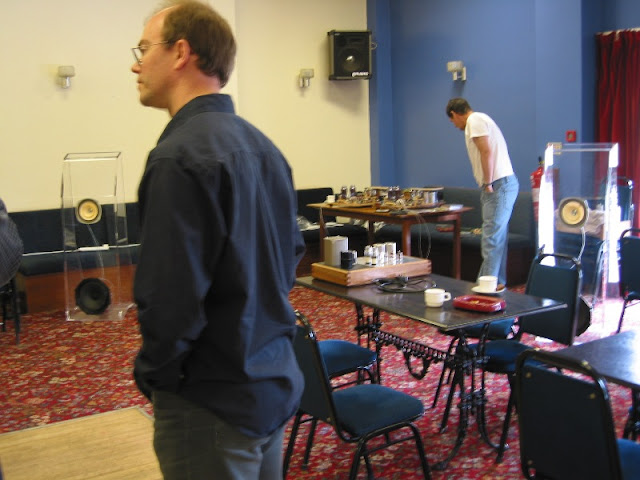 Colin's speaker with Nick's 211 amp on the floor. Not sure who's amp it is on the table, nor the valves it's sporting. 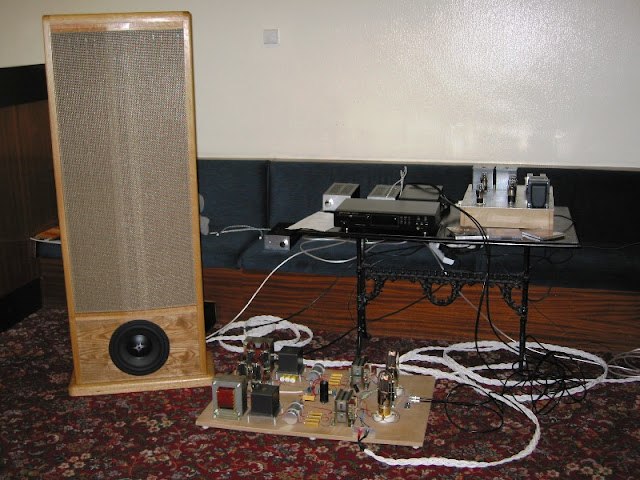 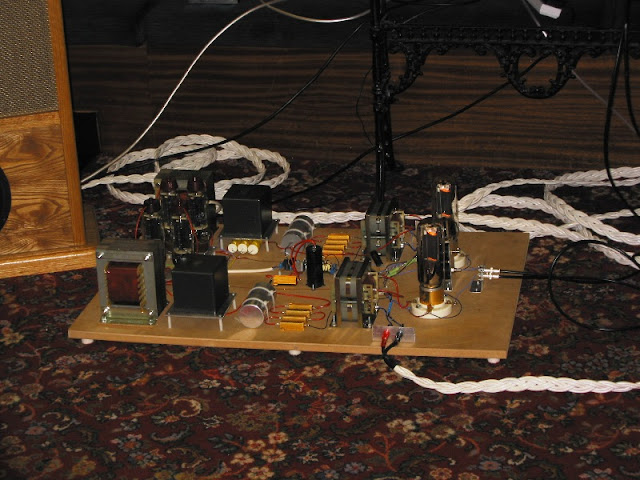 Paul's Ariels with 212 output stage amp next to it, and the pre and driver stage next the 212 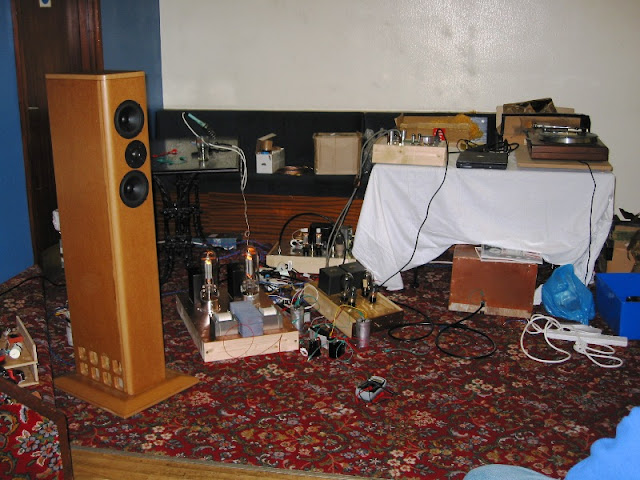 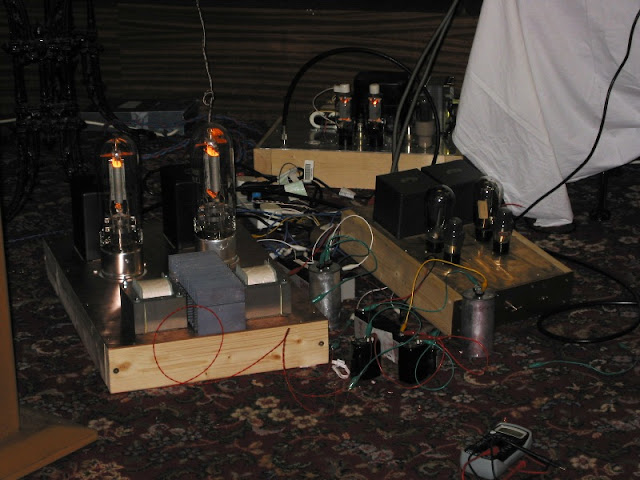 Now then, in many people's view this was the star of the show, and is still talked about today in wistful tones. Jonathan Noble's 45 amp. Built to pack into a suitcase when he travelled. I hadn't seen anything like it - under the top plate was a mass of resistors that looked like a spider had created it. 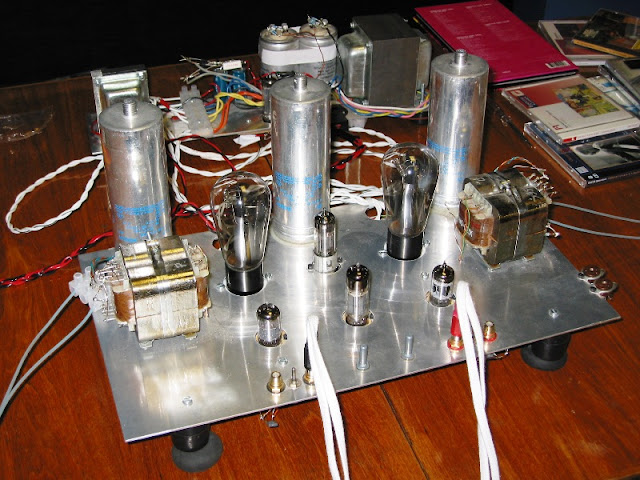 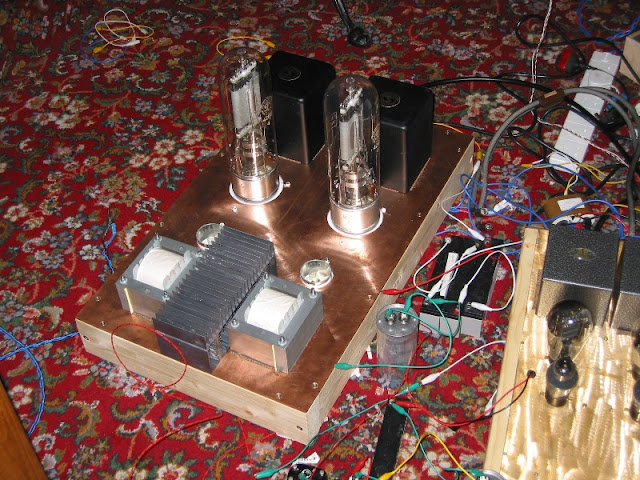 Don't know about this one, think it might be Paul's again? 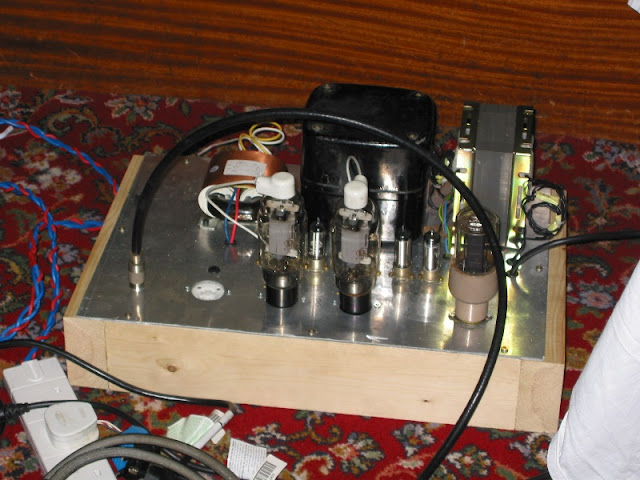 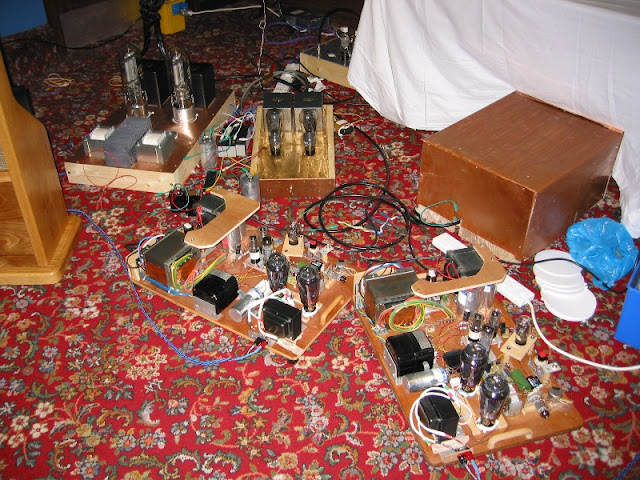 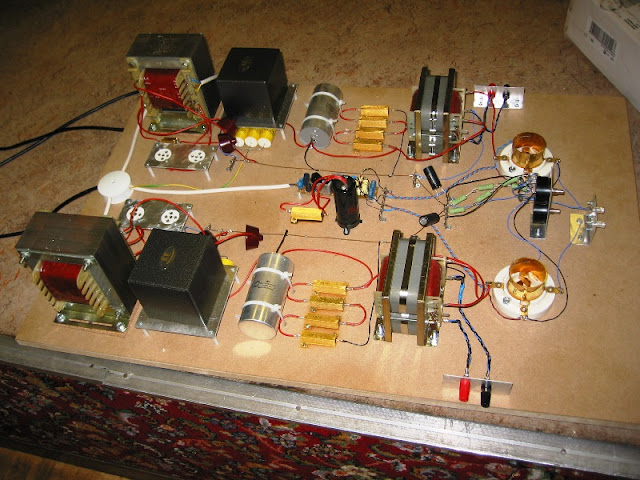 And that's your lot for this meet.
Posted by SimonsNewAdventuresInHiFi at 15:55