This was the second meet of the year, and a return to Owston. The thread associated with this meet is here. So on with the photos.

These were Steve S' third incarnation of open baffles I think, according tot he link above. Next to them are Scott's, hmm, not sure how you'd describe them, BIBs I think. They had a treated 4" (or was it 3") Fostex driver and the bass came out of the pipe at the top. I recall them being highly praised for their imaging. Looks like Steve's amp in the background. 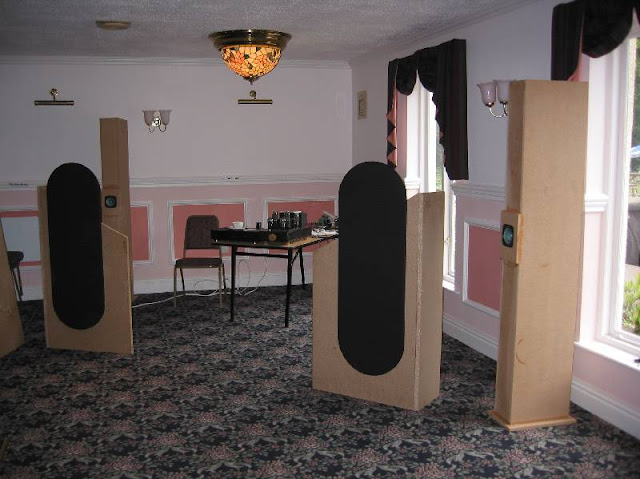 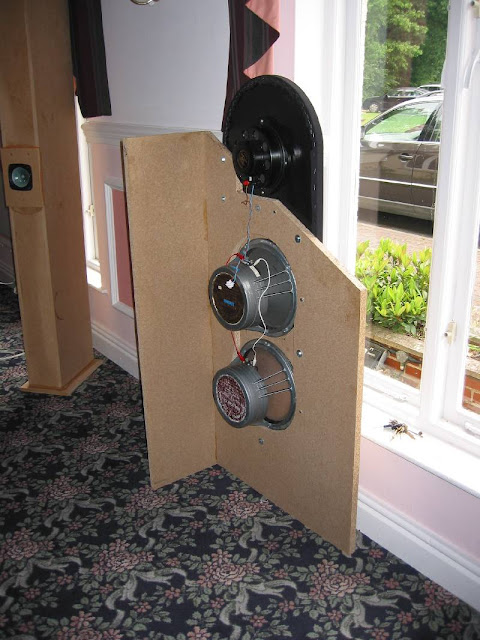 Steve's amp - not sure what the valves are, think they might be DET25s... This is apparently an Arcturus 180 rectifier. It was pretty rare 10 years ago, so even rarer now presumably. 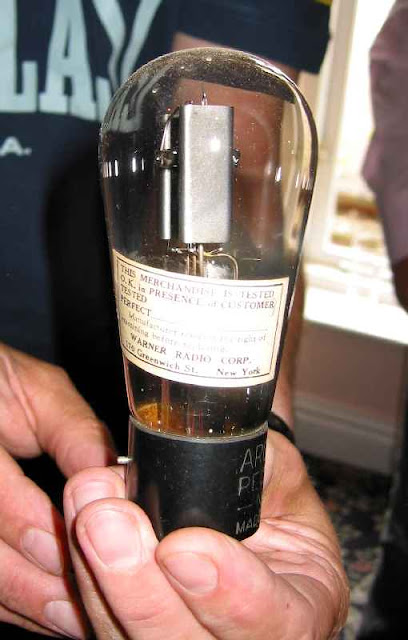 Will's setup. Lenco GL75 I'd guess with one of his Schroeder-type arms, various DHT amps including 45s, and Jericho horns with a Fostex FF225F and Visaton supertweeter. 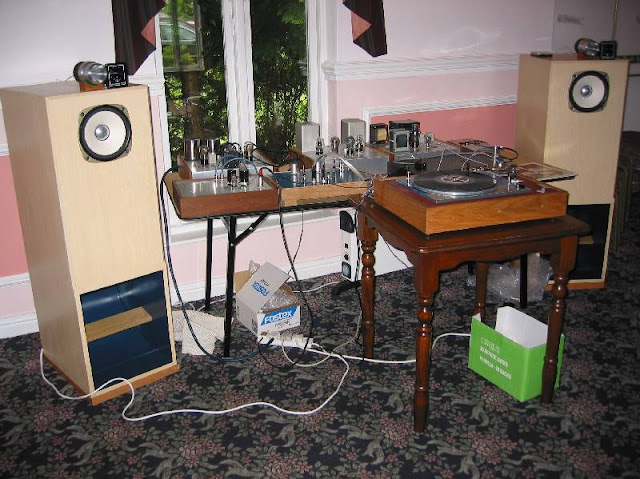 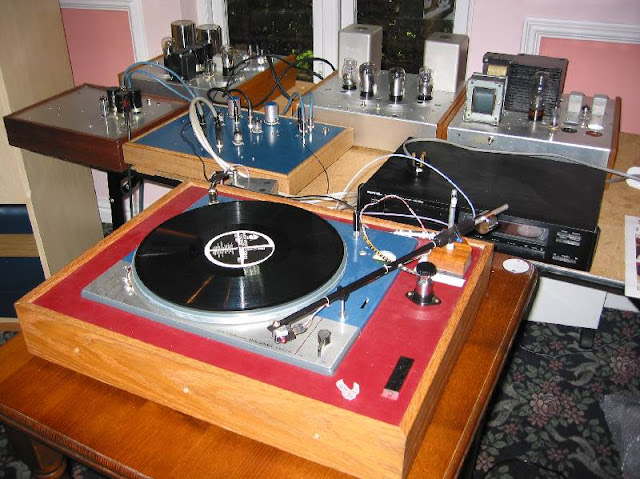 Nick's Quasars, still sans supertweeter, and 300B amp I think. Colin's electrostatic in the background, and possibly his turntable. 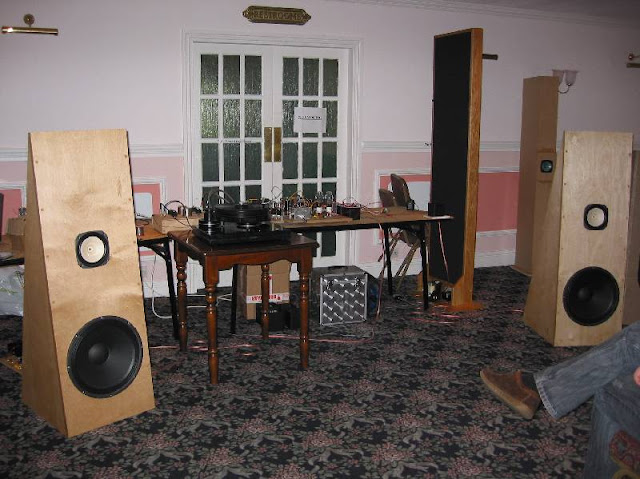 Nick's D3a phono amp with what looks like a 300B amp with an Aikido driver plus a pre stage in front. Note the large low ESR lytic cap bank. And what looks like my AE C core OPTs clipleaded. 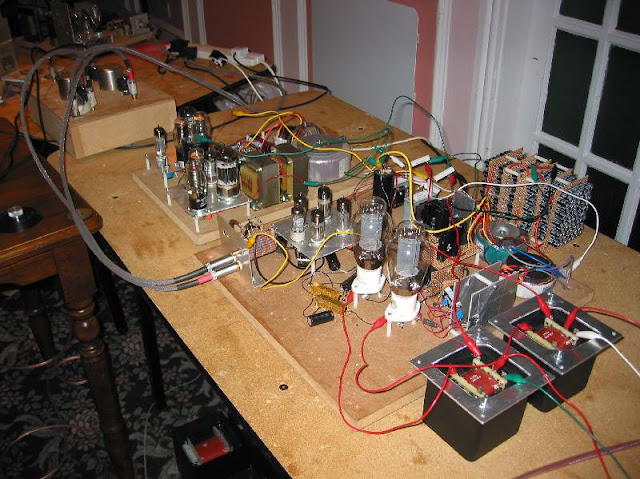 Now then, I think these are Steve's old 300A valves. Quite something. 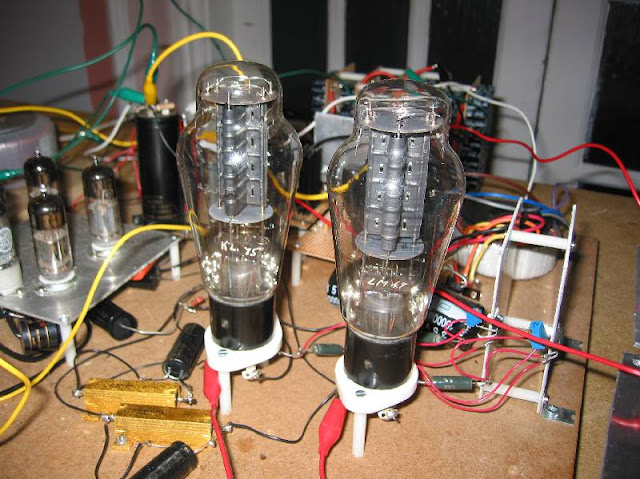 I should know what this is as most of it's mine. There's an old 70s JVC DD turntable on the floor which would have been used with PHONO II. At the front is C3g-2A3. At the back looks to be my WE91-style amps, and in front is Andrew I's 6080? Futterman OTL. Fostex 208Ez horns with T90A supertweeters. 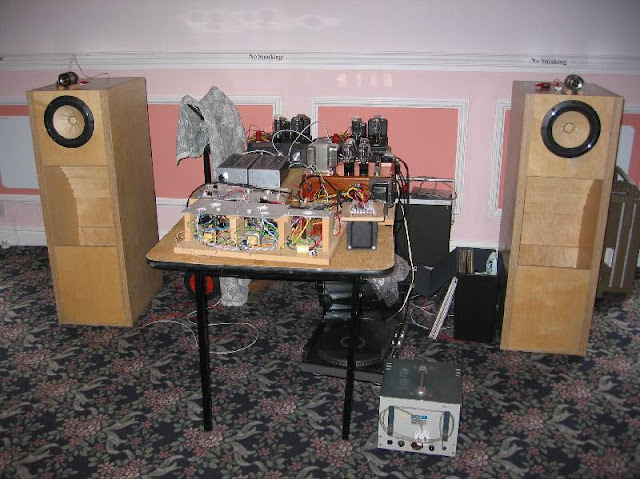 My C3g-2A3 amp with what looks like Sovtek 2A3s 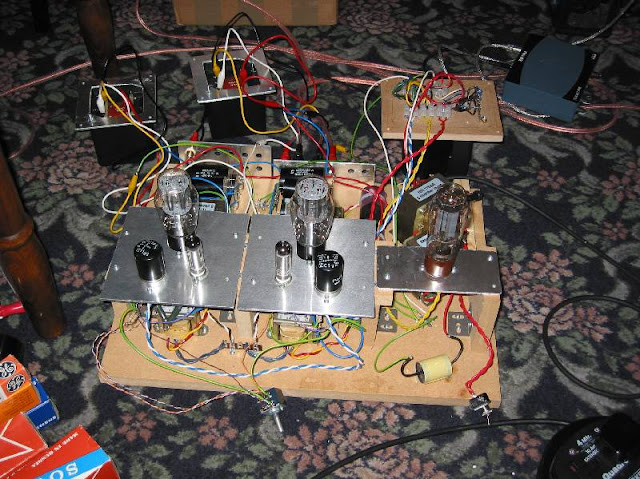 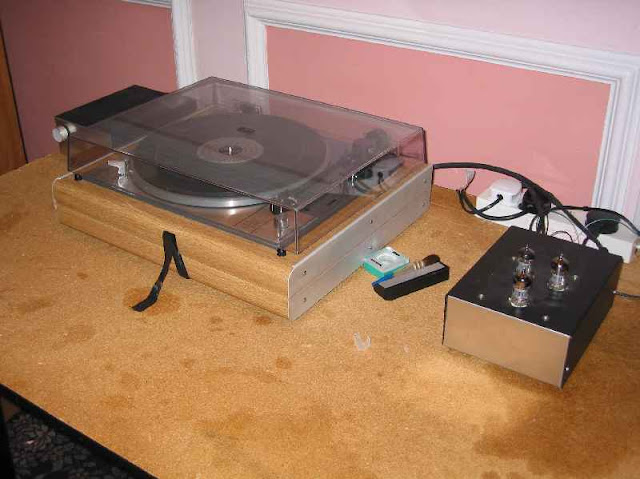 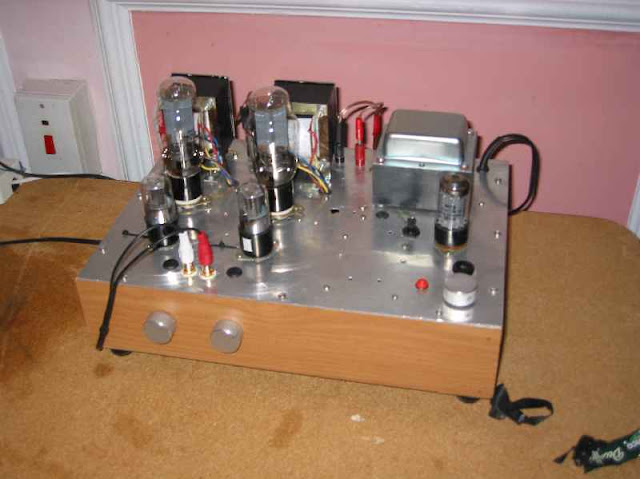 Now, I think this might be Richard Cooper's stuff. The preamp had a small fortune's worth of Audio Note copper PIO caps. 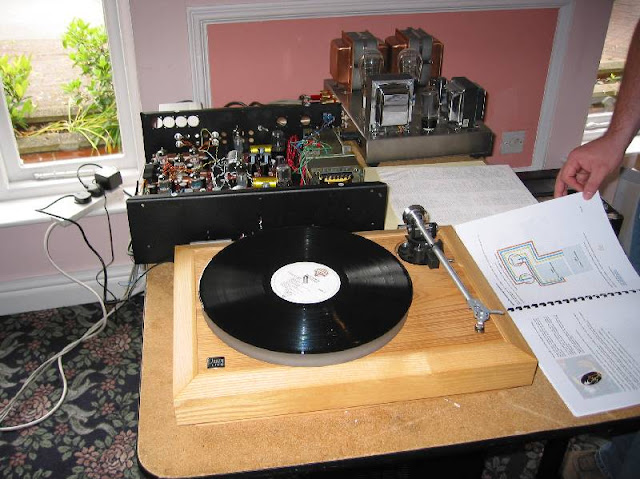 And finally, a "close-up" of Andrew's OTL 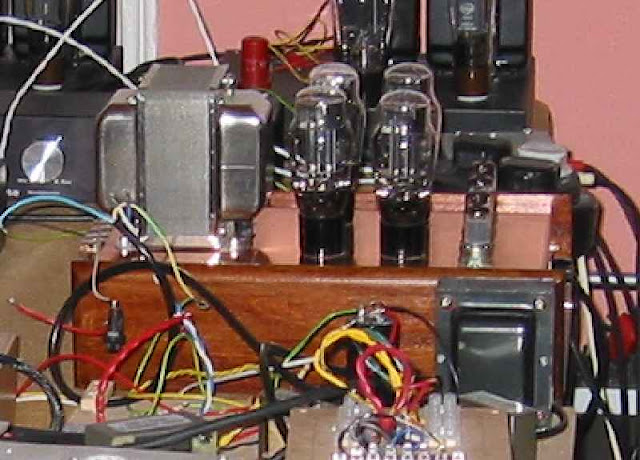