Following on from the previous few photos I have of Eggfest 4, I have a handful from the second time we met at Witham, just off the A1, organised by Martin, RIP. Peter Comeau, the then proprietor of WAD, made an appearance too. The original thread about the meet is here.

I seem to recall a plan being hatched in the bar later over more than a few pints of a road trip to AE in the Netherlands. Or maybe that was the next time? Anyway, here are the photos. There's only a few of them, but they're quite busy.

So, starting from the left are Ed's VoFos I think (or are they Ariels?), Fostex, erm, 206s? Next to them is Nick's Quasar with Fostex, erm, 167? and Eminence Beta 15?, but before supertweeter. At the back are Steve S' Lowther EX4 horns, later named "Angel horns" by Peter Comeau. In front are my WE91-style amps (see photo below). On the right, at the very back might be Nick's D3a phono stage, then Nick's Technics SP10, then my Garrard 401 in a rather heavy birch ply plinth and oak unipivot arm that I seem to recall sounded dreadful here. Think we took it off less than half way through a track. And at the front I think is Andrew I's Ongaku clone? 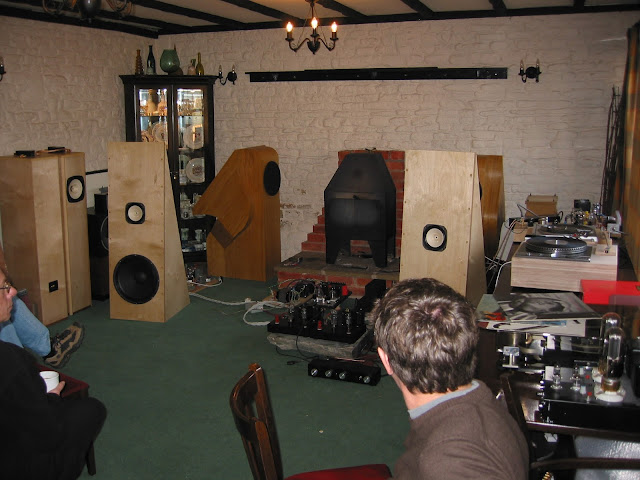 A close-up of my WE91s with passive control amp, sat on a huge lump of slate Paul had brought with him. Steve S' amp behind to the right (DET something?). Not sure what the other amp is. Two further speakers in the back corner. I think one is Martin's TLs (IPL?), the other Andrew's Heil air motion transformer speaker. 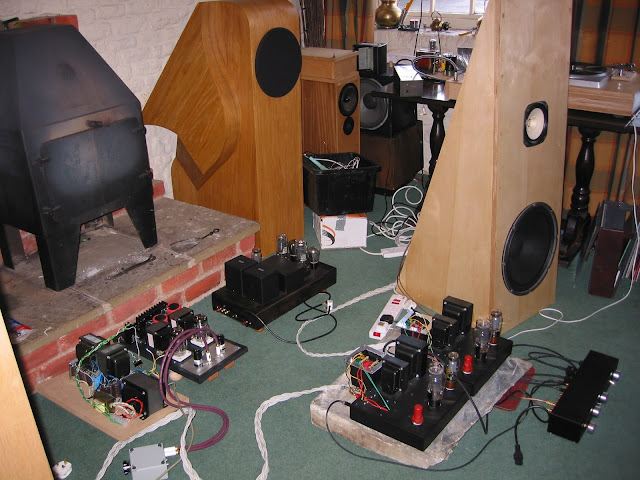 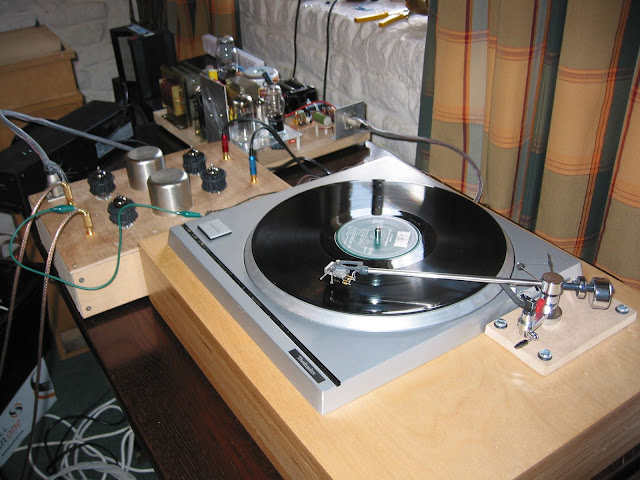 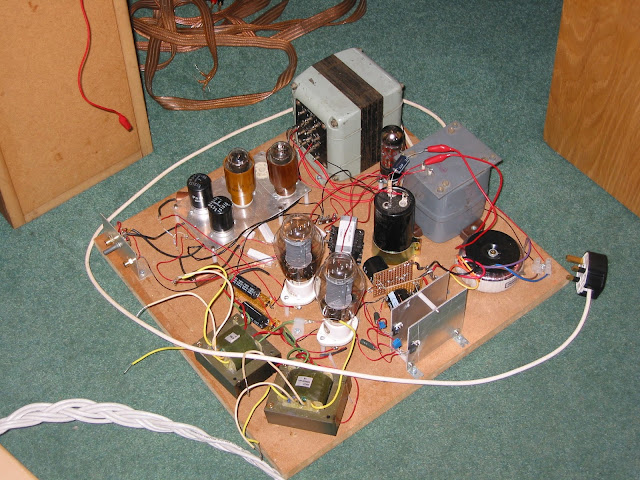 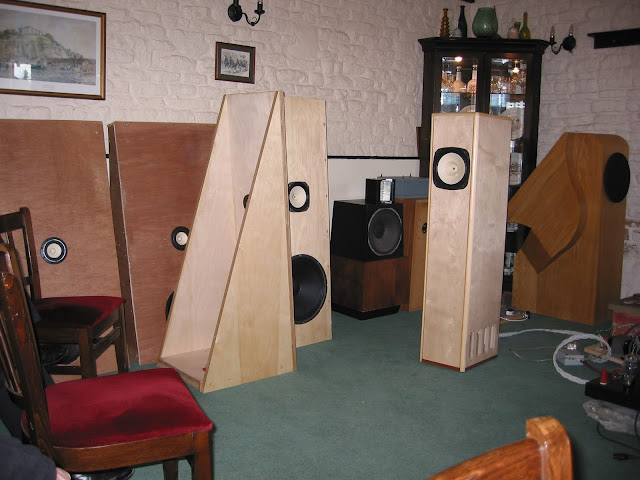 And that's your lot. It was after this that Peter Comeau went off and investigated open baffles for himself.
Posted by SimonsNewAdventuresInHiFi at 11:12